Well this morning started off promising. The forecast was for rain early doors but it didn't transpire until about 11am. However, when it started, it came in earnest and hasn't really stopped. We have a river at the bottom of the field which runs along the main boundary of our land. It's normally fairly deep but won't flood given the banks that are in between us and it. However there is a beck that runs along another field to the river. This has been up and down since we moved in but I have never seen it as high or as forceful as it is tonight.
The new cows opposite don't seem to mind the weather though!
To cheer us up we had a lovely warming tea of chicken, bacon, potatoes and tarragon stew. Very tasty and comforting.
Oh and there is blossom on the trees, whatever trees they are. Apple I think. 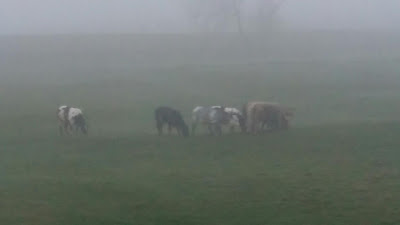 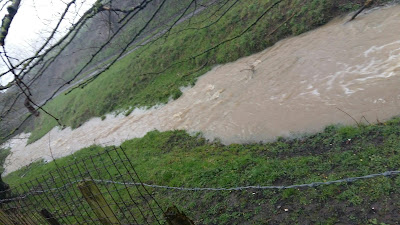 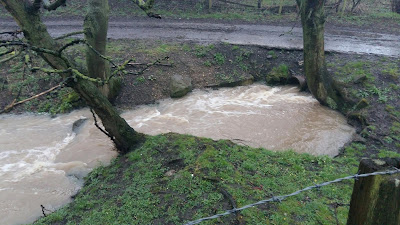 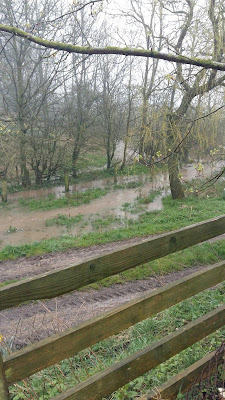 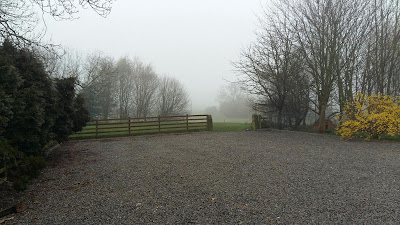 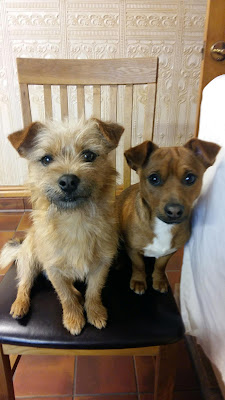 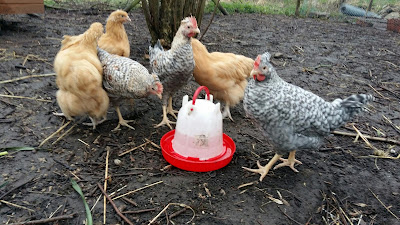 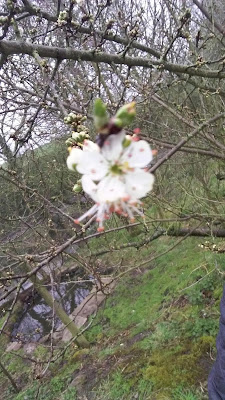 Posted by Tracy Chadfield at 11:49