Midsummer murders – the case of the missing beehives….

OK so the title is a bit dramatic but it’s Friday, so I’m allowed.  On Wednesday night I was laid in bed reading when I heard a vehicle go past.  Now I think I’ve said before but we live at the end of a lane with no through road; the road ends at our house.  There is a bridleway and field access beyond us, but no one should be taking vehicles down other than the farmers and unless there’s something wrong with their flock/herds, they won’t be down there at 10:45pm at night.  There are beehives outside one of the fields so I wondered if the beekeeper was tending to them, maybe the bees are quieter on a night?  The van reversed a few times as I could hear the reverse beeps you get with larger vehicles and then after no more than 2 minutes sped off in a fashion that only someone up to no good does!  Either way, I went to sleep and thought no more of it other than to record the time it happened on my phone.  Then yesterday morning I opened my gates to find a HGV had got stuck outside our house, yes, the house at the end of the lane with nowhere to go!  How he didn’t see that from 200 yards back I don’t know.  It only took the farmer and the driver 45 minutes to get him out luckily.
Once I was up and about, I enquired if the farmer or beekeeper had been up there on the previous night and they hadn’t, so my mind wanders as to what the van was up to.  It had a big wooden box on the back which looked like 2 beehives, so I shall see if it turns out that any went missing or not.  The farmer checked the tyre tracks and they only went as far as the beehives.  I don’t think the mystery driver was lost as you simply wouldn’t have gone that far if you were lost, given that it’s a good way down a bridleway which has no resemblance to a road.
Last week the farmer was burgled and it was only when I was chatting with the neighbour that I realised I’d heard the burglars when I was locking up as I had commented to Steven that they were working late that night.  Of course the farmers weren’t working late, it was the burglars!  These are just a couple of examples of the strange happenings we have here.  You’d think, moving to a hamlet, we’d have less goings on that anyone.

The other ‘weird but probably nothing’ happenings are the animals that seem to have died in unexplained deaths (fox, pheasant & rabbit).  2 on our land and 1 on the bridleway.  I won’t go into details but we have no idea how they died and there’s no poisoning around that we know of (I asked the land owner).
So all in all I feel like I am starting feel like a character out of a murder mystery drama set on a smallholding.  If nothing else, it makes me chuckle at how my mind works!  I feel as safe as houses at home though, so it isn’t something that worries me.
Have a lovely weekend everyone.  I’ll update on Sunday or Monday with what we’ve done. 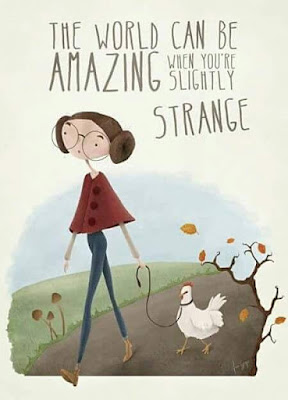 Posted by Tracy Chadfield at 06:39