Shearing sheep saga but a bit of smallholding luck

For those of you who don't know, I'll admit it. We tried to shear our own sheep a weekend or two ago. We read up on it, ordered electric shears and watched lots and lots of YouTube videos, so we were totally prepared, right? Wrong!! So, so wrong.
It was due to be very hot on the Saturday onwards, so on the Friday after work we put the horses out in the fields to free up the stables, where they all had a good roll and enjoyed the sun on their backs. 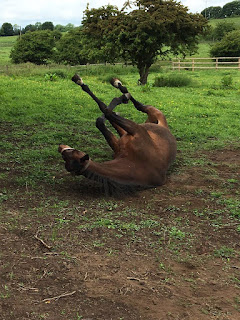 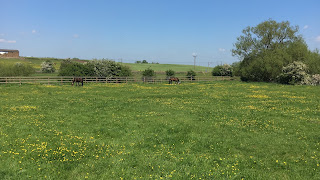 We herded the sheep into the stables where we had the gear set up. Ste decided which one we were to do first and put her on her back in the correct position. She fought, she wasn't supposed to do that. We must have something wrong. So we adjusted, and she settled. Off we went. "Shoot", the shears don't glide through like they do on YouTube. We percivere and lose about 10 litres of water though sweat. After what feels like 2 hours but in reality is 20 minutes, we give up as we're stressing her and us.
We resorted to manual shears and the sheep standing on all 4 legs! She stood better that way. I think we did a grand job but turns out not haha! 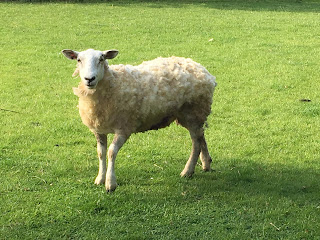 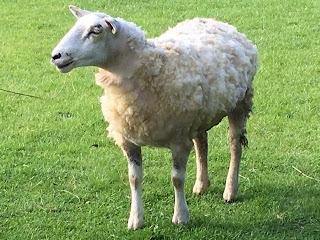 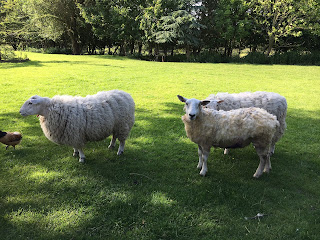 We fear her friends were laughing at her, so we put a cry for help out.


We are so lucky that a friend of ours responded that same night, only 2 hours later, she and her lovely husband turned up with clippers who know what they were doing! He does it for a living and had just finished his flock. 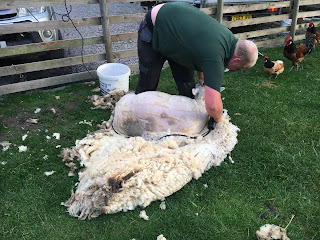 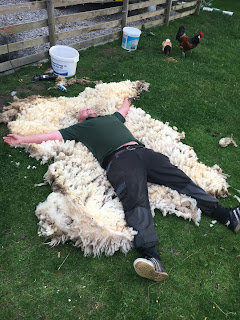 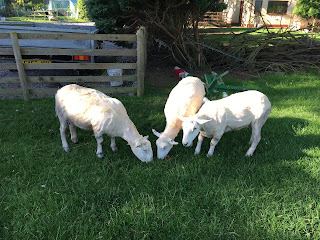 He did our 3 in no time and I am pleased to say we have an agreement for the next few years too!
In another stroke of luck, we had a couple of beers afterwards and they offered us their tup called Charlie for use at home before they use him on theirs!! This is amazing news for us and goes to show what a bit of friendship and luck can do for us smallholders.
Posted by Tracy Chadfield at 04:29