A smallholding weekend.....we're getting there

The weekends go by in a flash.  Why is that?  I remember finishing work on Friday and thinking how happy I was that it was the weekend and we have 2 free days to spend as we wish, enjoying each other’s company and the ups and downs of smallholding life.


Saturday saw my friend and I ride the horses out along a route that previously had a gas gun set up on it to scare the birds off their crops.  It’s been switched off now, so we ventured along the bridleway which leads through a farm.  I met the owner the previous week and it turned out I used to go to school with him, so we were happy to go through.  It turned out there were lots of bridle gates and some weren’t accessible easily so I ended up jumping off and walking most of the route through the farm.  We’re going to use it again as part of a circular route so that we don’t have to get off twice.  We doubled back on ourselves on Saturday meaning we need to go back through the gates again which was a pain.


A lovely couple took 20 bags of manure from us this week, taking the last lot on Saturday.  They absolutely loved our place and even brought us a cake to say thank you for the muck!  It’s no hardship other than bagging it up and it helps us not have a much to get rid of, so we were very grateful for the cake.  It was a Greek yoghurt cake and I kid you not, it tasted divine.  Light and tasty, what more could you want.  They are welcome for more muck any time!  They also bought 12 eggs from us.


For lunch on Saturday I harvested the crazily big asparagus and made soup from it.  It was lovely.  My son likened it to a nicer leek and potato (he’s 5).  My Mam and Dad turned up as I was making it, so I fed all of us (not Mam as she has digestive issues bless her), with leftovers eaten on Sunday.  I was beaming with pride as serving something up that we grew ourselves (ish, it grew regardless of us).


After lunch, we said bye to my parents and set to work in the small paddock trying to clear it of the last bits of debris from the ginormous pile of branches, fence posts, rotted rails and general dumping ground items that the previous owner had left there.  It’s looking a lot better but still work to do there.  The ponies can go on it, which is the main thing.


Steven and I sat down in the middle of the paddock with a cold drink late on the afternoon and spent 10 minutes just taking it all in.  Days like that were what it was all about.  Cake for muck, eating our own produce and working on our own land.  Doesn’t get much better than that.  My only downfall was that I hadn’t anything prepared for tea so when we went in at 7:30pm we ordered a take away.  Oh well!


On Sunday morning I was coming back with my daughter from her ride out when the neighbour rang, she wanted 12 eggs when we had time.  As we were almost back home, I nipped in, grabbed 12 eggs and took them round to them as they were having pancakes for  breakfast.  You don’t get better service than that and no fresher eggs that laid that day!


Sunday afternoon was spent in the field which we had sectioned off on Saturday.  The kids played with next doors kids and we finished poo picking so the field can grow unhindered by piles of poo.  That’s something we need to start doing almost daily as we don’t have vast amounts of space, so we need to look after it well.  Finally I went round the smaller paddock picking leaves off the trees in an attempt to identify them and make sure they’re not poisonous as the ponies now have full access to the woods as part of their turn out.  Even if they didn’t have access to the woods, they’d still get some of the tree’s leaves as they’re growing at a very enthusiastic rate, so this is a priority for this week.


After a full and tiring day, Steven suggested we go out for tea, who were we to say no?  So he took us to the local pub where we had a lovely meal that filled us up nicely.  We’re so lucky to have a lovely family, even if it’s slightly crazy and the kids fight like cat and dog J 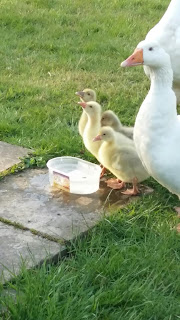 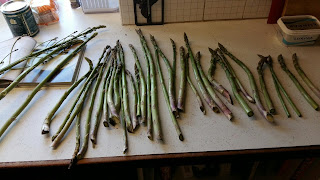 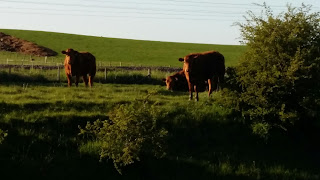 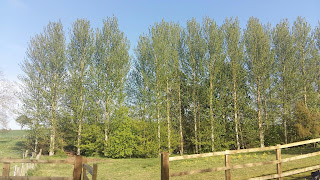 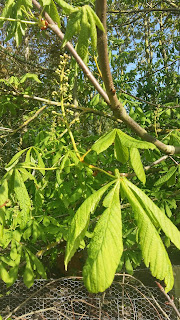 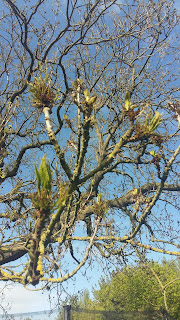 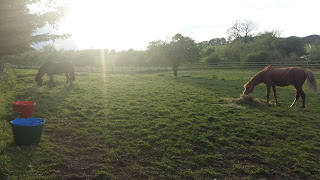 Posted by Tracy Chadfield at 12:51