Outside space in February, including seeds, chickens and eggs

Look what we found growing in the muck pile, perfectly polished mushrooms.  They are still there, I don't trust myself to identify mushrooms, but I do appreciate them and one day, who knows, Ste may try them ;) 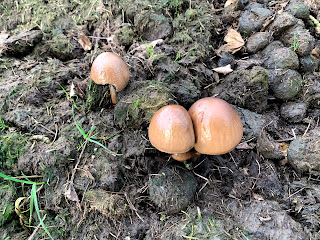 Where there is muck there is money?  We we gifted a gesture of cash for some muck we bagged up for the allotments recently, isn't that great?  Maybe we can make an income from it as we look to set up our own little farm business in the coming months. 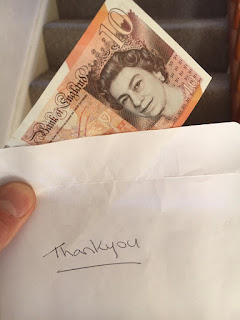 The muck has been getting used in the veg plot to feed or mulch the beds before we covered them.  It's hard work, but very worth it.  Hopefully this will keep the weeds down as well as prep the beds for when we are ready to fill them.  It'll be end May, early June here for most things as last year we learnt the hard way when we had a frost on May 27th and we lost a load of plants. 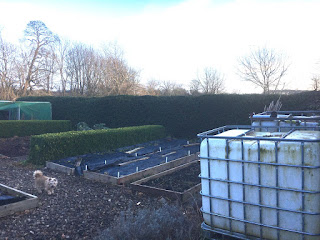 One thing we want to get sorted pretty soon, maybe on a March goal is the rain water collection and how to then use it.  We think we will get a motorised pump to help distribute the water from the tanks to wherever it needs to be.  At the bottom of the veg plot, on the other side of the fence is the compost heap we are trying to put together.  It's coming along really well with green and brown items.  According to Charles Dowding, it should be ready in 8 months or so once full.  I have no idea how long it'll take to fill, it's a big size container! 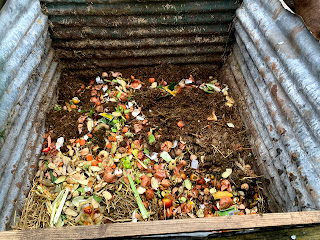 It is the furthest bed here that we are using it for.  The other beds look like this mess as the storms that are passing through keep ripping the fronts off them.  I'm going to turn one in to a hot bed and sow some carrots and parsnips in them this weekend - how controversial using muck for roots ;) 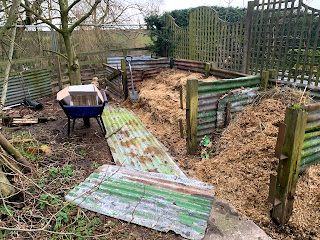 Wandering away from the muck heaps takes you around to the greenhouse where I've been sowing seeds since Valentine's Day.  The leeks took a while to show but they are there!  I've a couple of varieties to try.  This was my workstation at the time! 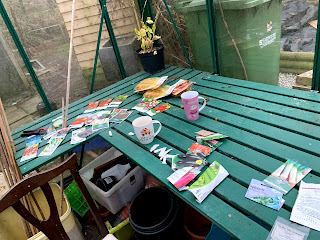 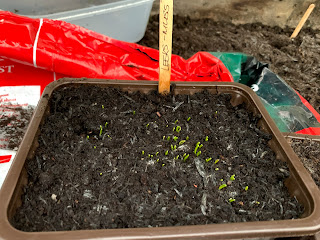 The salad, kale, tomatoes etc are coming along well.  Some of these will be pricked out and moved on this weekend, which hopefully won't shock them. 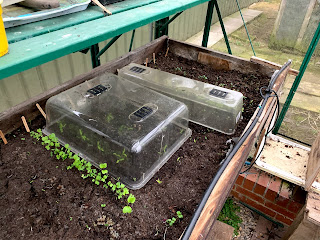 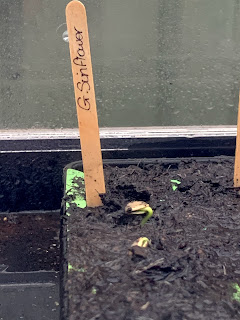 Thrilled to see the wild garlic Ste bought me for my birthday (best present EVER)  taking hold.  We have NEVER had it before, so I hope it likes living there. 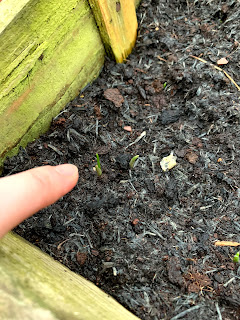 I rescued some snowdrops from a near death experience at the muck heap too, not sure where they will go yet. 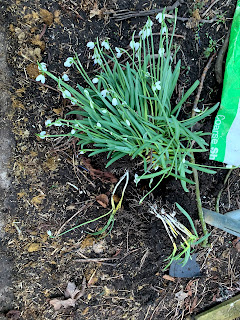 Taking a step outside the greenhouse is a view to stop and enjoy.  It's not all been rain. 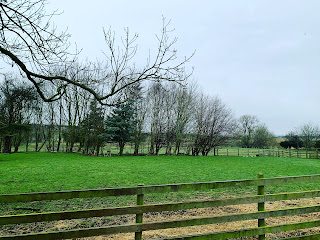 Then we have the latest additions!  I have such a soft spot for ducks and I can't tell you how thrilled we are to get these 4, 3 girls and a boy of the Aylesbury.  We've already been getting lots of beautiful eggs from them which we have popped 19 in to the incubator in an effort to start breeding them as we would like to become a supplier in the area, which there isn't many of.  Another income opportunity hopefully. 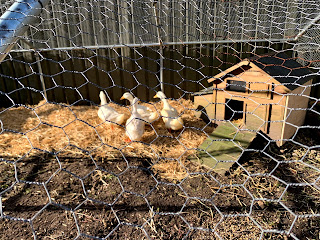 We've been getting plenty of chicken eggs too and have lots of lovely people asking to buy them from us each week. 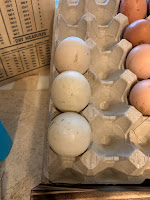 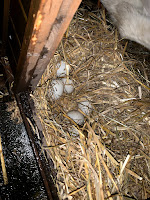 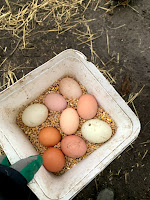 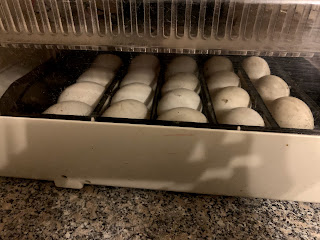 The geese on the other hand aren't laying yet and they won't even use the blinking pond we re did for them! I have no idea what's going on there, they prefer to drink the stagnant water that gathers in the drain pipes and things laying around the place!
Staying on the poultry theme, the meat birds have just been processed and my god are they big.  I'm really pleased with this lot, which will see us through the next 10 weeks for sure.  We have a plan with meat birds, I'll come back to that again in another blog post. 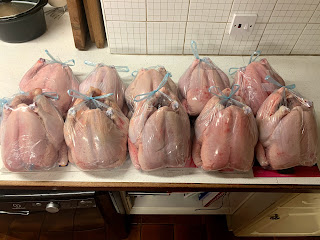 The other meat we produced in 2019 was the lamb, which I took the last lot out of the freezer the other night.  Hell's bells I didn't realise there was so much left.  So I am now frantically cooking this lot, to refreeze in cooked form and get it put back in the freezzer in an orderly fashion.  Again, it'll be on the foody post in the coming days and weeks.
Here's my kitchen window view keeping an eye on the weather.  We've had some spectacular colours! 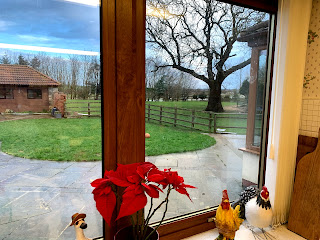 Something else that has been going on is the tup arriving.  He joined us on the 16th Feb and will stay with us a few weeks.  Hoping to have lambs the first week or 2 in to July, but it could be 3 weeks after that, depending on if he catches them or not.  I think they are all pleased to be inside at the moment on dry straw with nice hay.  It's certainly better than being on the wet muddy fields with the storms blowing a hooey around you. 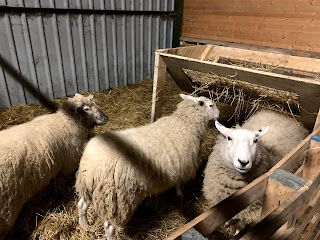 Here he is, we called him Arthur.  He's very sweet and his black ears are forever twitching in opposite directions.  He's not that tall compared to the last tup, but he's chunkier.  Let's see what happens :) 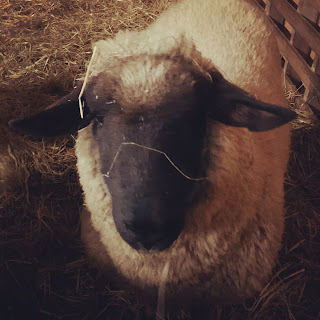 Finally, Annie is still underwhelmed by everything and is still sneaking a nap in places she really shouldn't. 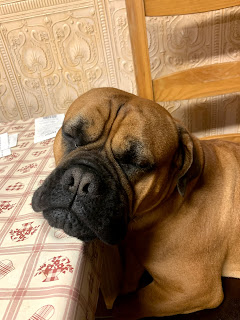 Have a lovely weekend all.  We have a very busy schedule Friday through to Sunday so we will catch up with another post next week.

Posted by Tracy Chadfield at 08:29